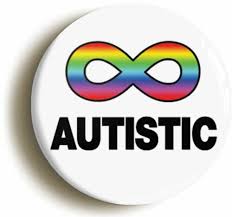 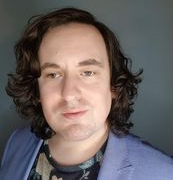 Dean Beadle is an autistic conference speaker, writer and singer. He has delivered over 900 talks in seven countries and has sung at balls, festivals and conferences in the UK, Ireland and Denmark. He is gay and can often be found adorned in tassels and sequins.

OK, I know you must be thinking “what on earth can some bloke in his thirties tell me about being a teenager?” How can someone old enough to remember Woolworths, Wizardora and Wendy Richard tell you anything about being a teenager in 2022? And you’d be right. It has been a hot minute since I was a teenager, and I’d be the first to admit that I know precious little about growing up in today’s world. BUT what I do know about is the process of making sense of your neurodivergence and your sexuality all at the same time. So, whilst we are from different generations, give me a chance, even if there’s just one of the following five points that’s useful in here, then it’s worth giving this blog a go.

1. You are allowed to be who you are

Whether you are homosexual, heterosexual, bisexual, asexual, queer… there is no shame in whatever sexuality you are. Thankfully the world is more accepting of sexuality now than it used to be (although of course there’s still lots of room for improvement). When I was growing up, we lived in a very binary world. The expectation was that you were either straight or gay (although of course being gay was still difficult due to it being a more homophobic time). Thankfully we now realise sexuality is a spectrum made up of tonnes of sexualities. However you identify is OK and you deserve to be accepted because of who you are not despite it.

2. The answers will develop over time

Us autistic folk are no fans of uncertainty. Of course you may want to have definite answers around who you are, and it can be hugely distressing to be processing questions that you don’t have immediate answers to. But unfortunately sexuality and identity tends to be something we work out as we go along. It takes time to make sense of who you are. Sexuality is an ongoing process of understanding. You are allowed to evolve and grow in your own time.

At the age of seventeen I wanted a boyfriend. Immediately. If I could have ordered one on Deliveroo I would have done, with a side order of happy ever after. And chips, of course. Always chips. At that time, I’d been having a tough time with my mental health and thought that securing myself a fella would be the magic wand that would solve everything. How wrong can you be? A relationship can be a life enhancing wonderful thing, but it was never going to magic away my mental health challenges. I was vulnerable and was at risk of rushing into something for all the wrong reasons. Dating can also be an unpredictable process. Will it work out? Will we end up in a relationship?   Because of my autistic need for certainty, I’d try to skip through the process of getting to know the person and jump straight into a relationship. As a result, I ended up in short lived relationships with people who weren’t the best fit for me (my record for the shortest was three days, which surely is some sort of world record??) What I am saying is, there is no hurry, you have all the time in the world to find someone should you be interested in a relationship. And when that time comes, take your time to make sure that whatever relationship you eventually get into is right for you and that you are with the right person. It’s worth the wait in the long run. Equally, you may never want to be in a relationship, and that’s a perfectly valid choice too.

Yep, I’m going to go there and make us all very uncomfortable for a few minutes. Sorry about that, but here comes the sex talk. There can feel like there is enormous pressure to have sex. We’re often made to feel that it’s compulsory part of growing up. But it’s important to remember that sex is always optional. You don’t ever have to have sex if you don’t want to.  (Oh and by the way, the ‘sex’ that is often depicted on adult websites does not remotely reflect what happens in real life, those are fantasy images that are heavily choreographed and scripted and do not reflect what sex is like in real life). OK, that’s enough sex chat for now, I’m making myself cringe so heaven knows how you’re feeling, but remember that everybody has the right to set their own boundaries around what they do and don’t want to do with their bodies and have a right to have those boundaries respected.

As a pre-teen, I remember being obsessed with the concept of “normal”. I distinctly remember comparing myself to my classmates and being sure that I was the odd one out. Over time I grew to realise that ‘normal’ is a harmful myth, and that all the things that made me ‘stand out’ were the things that made me who I am. I grew to celebrate being autistic. So, the last piece of advice I’d give you, is to say that you are fabulous because you are autistic and never despite it. There may be folk you’ll encounter who will react to you negatively. Try not to internalise that. Their ignorance and lack of understanding is never your fault. That’s on THEM. Over time, you’ll find your people. People who understand and celebrate you because of who you are. Anyone who doesn’t can get in the bin.

Being a teenager is a weird old time, but it’s survivable and, it’s not all bad. It’s an unsettling time of change, but trust the process, have pride in who you are and surround yourself with people who value you and respect you. You’re already wonderful just the way you are. 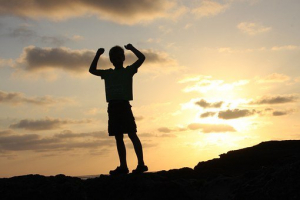