â€‹ I first heard the term ‘autism’ in 2003.  I was an early years teacher at the time and the class list for the new year informed me that I had three statemented children, two who had autism, one with cerebral palsy and a couple of children who were under investigation for global development delay.  By then I had been teaching for 12 years, been trained in SEN and had always been interested in supporting pupils with SEN.  These children had teaching assistants assigned to them, we considered ourselves a well organised with an inclusive environment and I was really looking forward to getting to know the children and meeting their needs.  But it turned out a little more difficult than we anticipatedâ€¦ 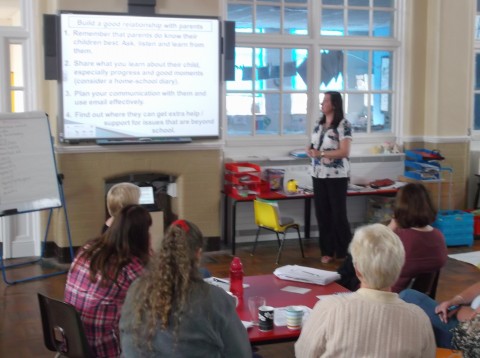 â€‹The first thing we noticed was that the two children with autism were completely different and I need to admit we found them quite a challenge.  The slightest thing would cause one of the children to spend the rest of the day screaming and trying to escape, the other child didn’t like anything to change and was very good at explaining to us what he didn’t like and all about his particular interests….but very loudly…all the time!   He too would often get upset and find it difficult to join in activities with other children.   Both children were very active and their teaching assistants were often exhausted by the end of the day.

I admit that I fell into the mistake that many teachers make;  it was just easier to let the teaching assistants (who were in fact brilliant, well experienced and very capable people) get on with it, while I concentrated on the other 25+ children in the class.  However, I could see that my staff were struggling.   The screams and behaviours of the two children with autism were disrupting the rest of the class and the strategies we were trying to use were just not working.

Salvation came in the form of a couple of twilight sessions from the local child development centre.   We were taught what autism was and some amazing communication strategies based on Hanen’s ‘More Than Words’ which made something click with me and began a long fascination with autism that has led on to all kinds of wonderful things (more of that later!)

Being inclusive minded, we put the strategies into effect immediately and with all the children.  We were adapted our environment and communication, were consistent, used visual teaching methods and traffic lights for behaviour (as communication not punishment) and slowed down to give the children processing time.   We were amazed by the effects.   Within two weeks the whole class was calmer, the staff were energised and able to deal quickly with incidents and most importantly the children with autism began to get involved in learning activities and with the rest of the class.   The children themselves seemed to take our lead and began to approach the children with autism more confidently (especially as there was less risk of being hurt) and friendships began to be built.

All these years later I’ve kept in touch with those two autistic children.  One of them moved to a special school after the year with us and it was maybe 5 years later that a member of staff there shared with me how he’d started to talk and how proud they were of him.  The other child has gone through his mainstream education and is now in Y11.  His teachers and parents agree with me, the element that has been very effective in making school successful for him is that teachers who have worked with him understand autism and are prepared to get to know how it affects him.

Meâ€¦I was still inspired and fascinated by autism.   I sought a new job in a special school for children with autism, became trained and experienced in teaching children with autism, set up an outreach service from the school and began supporting pupils with autism in mainstream schools.   One aspect of my job was to write and deliver training courses about autism.

Our main course can be focussed on Early Years, Primary or Secondary

â€‹ It is clear that the real beneficiaries of this training are the children themselves.   I loved it and autism is still my passion and favourite subject.   I now work as an independent autism support teacher/consultant as “Reachout ASC” and have Matt and Emma working with me.  We are continuing to build up our training courses to support and equip staff to make school successful for their autistic pupils. We regularly work in schools, teaching and implementing advice and strategies and have worked with hundreds of children;  every one of them different.   We work in EYS settings, Primary Schools and Secondary Schools and have adapted all our courses to reflect each setting.   It has to be relevant!   We pride ourselves on equipping staff with the knowledge, skills and resources they need and in making school successful for pupils with ASC.

For the pupils – staff understanding of autism has been the most effective strategy of all.

To find out more look at the training tab on my webpage www.reachoutasc.com/training