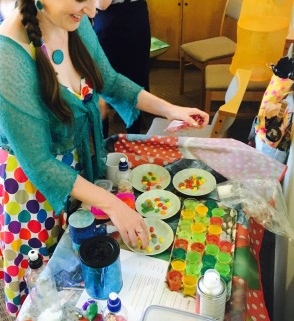 â€‹This guest blog is from Joanna Grace who I first knew through her start up of the Sensory Project in 2010.  I liked what she was proposing to do and I pitched in a tenner towards it and watched how (thanks to much more generous people than me) the Sensory Projects have grown. In her own words:

Joanna Grace is a Sensory Engagement and Inclusion Specialist, Trainer, Author, TEDx speaker and Founder of The Sensory Projects.

Consistently rated as Outstanding by Ofsted Joanna has taught in mainstream and special school settings, connecting with pupils of all ages and abilities. Since launching The Sensory Projects Joanna’s work has extended into adult care for people with complex needs and dementia. To inform her work Joanna draws on her own experience from her private and professional life as well as taking in all the information she can from the research archives. Joanna’s private life includes family members with disabilities and neurodiverse conditions and time spent as a registered foster carer for children with profound disabilities.

Joanna’s books Sensory Stories for children and teens , Sensory-being for Sensory Beings and Sharing Sensory Stories with People with Dementia sell globally. She has a further four books due for publication within the next two years, including two children’s books.

Joanna is a big fan of social media and is always happy to connect with people via Facebook, Twitter and Linkedin

Girls with autism often go undiagnosed until adulthood. In school they maybe quieter than average, their lack of social circles probably puts them on the edge of the squabbles that plague neurotypical female friendships through primary and secondary school. They are likely to be studious, their autistic brain’s willingness to focus and love of structure and rules fits them nicely into your academic expectations so your grade book won’t flag them up as a concern.

Does this mean autism is less severe in girls? After all if we are noticing the boys surely that means it is a bigger problem for them/with them?  This question makes me think of a meme that I saw doing the rounds of facebook recently, it was a quote by Adam Walton: “Mild autism doesn’t mean one experiences autism mildlyâ€¦.it means YOU experience their autism mildly. You may not know how hard they’ve had to work to get to the level they are.”

Whether you look to support girls on the spectrum in school depends on what you consider your role in school to be. If it is simply to fill children up with knowledge and you can point to the fact that this girl is duly filled to the brim with knowledge then her autism is no concern of yours.  If you believe that your role in school is to prepare children for life and to ensure their present life is as well rounded and as happy as possible, then her autism is your concern.

Girls on the spectrum are likely to learn the rules of conduct in school quicker than most, they will learn how to mask their autism, and expend an enormous amount of energy doing so.  Of course I am writing in broad brush strokes, to quote yet another adage: When you’ve met one person with autism, you’ve met one person with autism. Expecting people with autism to be alike is akin to expecting people with neurotypicism to be alike.  Perhaps I should talk about particular peopleâ€¦

Recently I was working in a school where they have a girl diagnosed as autistic whose mother is very worried about her because her behaviour at home is becoming dangerous to her own safety. The school see no issues in the classroom and confided in me that they felt this was “a parenting issue.”  Let me make this very clear: Autism is not a parenting issue.  That school are putting that child in an environment that she can barely cope with and it is having a significant impact on her mental well being. If it continues into her teenage years she will be at risk of suicide.

I have also attended a support group for parents of children with autism.  We did a count of how many parenting classes everyone had done, and how many more they had been offered. Imagine if you had a child who was a wheelchair user, who was struggling to get around in school due to a lack of ramps.  How would you feel if the school’s proposed solution to this was to send you on a parenting class? How would you feel after your third class? Parents of children with autism often appear to be short on patience with professionals. There are very good reasons for this.

I supported an autistic girl who was struggling at secondary school with overwhelming levels of anxiety but who did not want her peers to know she was neurodiverse.  We put sensory strategies in place to help her maintain calm during the day. I could continue this list, but you get the point. Girls on the autistic spectrum need understanding and support despite their ability to fly under the radar.

I often do not speak about being autistic myself.  I do not want to detract from the experience of people who lead more challenged lives, but I have been encouraged by those people, and their families to speak more. If society understands more about the incredible diversity within the spectrum that will help ensure everyone is recognized as an individual, not judged by a stereotype associated with the diagnosis.

I worry about mentioning my autism because I want to be judged for my professional skills, for who I am, not for who people will think I am after I say I am autistic.  But not mentioning it does nothing to change attitudes either.

I resent having to tell people I am autistic now, after three decades spent mastering the art of masking to a point where now I believe that if you met me you wouldn’t know, it feels rather like shooting yourself in the foot to then reveal the very thing you’ve worked so hard to hide.

But yes: I am autistic.  Now I’ve said it you’ll notice my poor eye contact, my slightly off kilter turn in conversation. I was the child who stood in the playground and flapped. The one who only ate beige (and tomato sauce). I was the baby who refused to be cuddled.

When I was seven I kept a diary for a year, each day I drew a picture, not of what I had done that day but of what I would have done had I had a friend. All around me I could see people making friends, but I did not know how to do it. I was seventeen before I first made a friend by myself.

I am yet to run an event specifically looking at supporting girls on the spectrum, I am still getting used to being “out” myself. But I lace insights about life on the spectrum through my other events and am always open to conversations on social media. 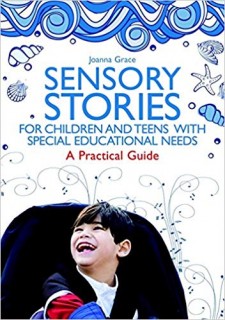 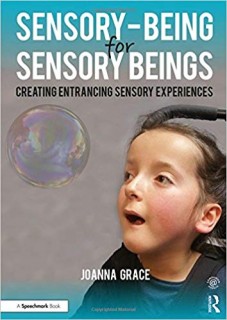 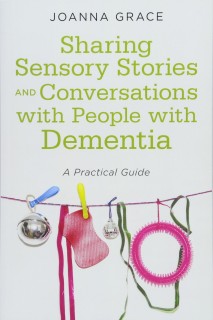 Further reading and articles from Jo:

On Ambitious and Inclusive Sensory Story Telling I talk about how sensory stories can support people to make friendships and be a part of a community, and how they can help people to cope with new environments and change. [My book Sensory Stories for Children and Teens covers similar ground].

On Explore the Impact the Senses have on Behaviour I look at situations of sensory overload and sensory disturbance that are commonly experienced by people with autism.

The other event I run which will be of interest to those who support people with complex disabilities and autism is Sensory Engagement for Mental Well Being.

On any of my events you can expect to meet someone utterly thrilled to be being allowed to talk about their special interest to a room full of people interested in the same thing. Autistic paradise!

Please feel free to connect with me via social media and to find out more about what I do at www.TheSensoryProjects.co.uk