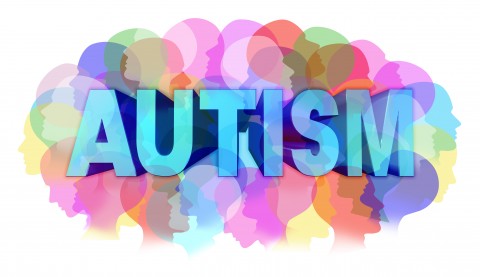 By now you might have heard the story about a dad putting out an appeal for a blue Tommee Tippee cup for his autistic son, Ben,  who won’t drink from any other cup.  The cup his son has used since he was 2 years old is wearing out and there is nothing at all they can persuade him to take a drink from. Hundreds of identical cups have now been sent to the family. Tommee Tippee have made a special batch from an old mould so he’ll have a life time supply of identical cups.

Doesn’t that make you feel good? Does it make you say aaahhh, and restore your faith in humanity?

But have you read on? Have you read that the boys family can still not persuade their son to drink out of any of the new cups, even ones that are battered and old too? It still has to be the same old cup. They have all these identical cups, but to Ben, they are not.  He is not being awkward or naughty.   Ben is autistic.

I spent a good few years working in a special school with children with this type of autism. Children who found the world completely confusing and overwhelming. Children who could not speak at all or who could speak but not communicate what they were finding difficult. These were children who were interested in many different things, who had a sense of humour and could explore and interact with those that they felt safe with. They were also children who made progress. But the progress we wanted to measure was not the progress demanded by the National Curriculum.

There are children with autism who will grow up into adults who need lifelong care. They will never be able to live independently and many will never learn to talk.  They will communicate and show their feelings through behaviour. That behaviour might be happy, excited, withdrawn, violent, self-harming, repetitive or self-stimulating. Their families must care for them and must fight to get the support and services that they are entitled to, but are rare to find working well. Many will need to be supported in social care services, supported living accommodation and forever be at the mercy of politicians and dwindling resources. They will have to rely on staff who are poorly paid, work long hours and shifts. They may be lucky and find a place that is well run, trains it’s staff, understands their personal needs and abilities and provides a life for the people who it cares for.  These places do exist and families whose children go to these as adults are profoundly grateful that they do. You probably don’t want to think about the alternative, but people with this kind of autism are vulnerable to bullying, abuse, neglect and not having any of the dignity they deserve from those who are paid to look after them.  It is no wonder families with children with all kinds of autism are worried about their child’s future.

This kind of autism seems a world away from most mainstream classrooms.   Autism is truly a wide spectrum.

In the TES this Friday, Uta Frith wrote about how she thinks that only special schools can really teach children with autism well. She made the point that all children on the autistic spectrum need a bespoke education programme because our education system is not set up for them at all. After working in both the mainstream and the special school sector I would have to agree with much of what she says. Yes, children with autism need their own bespoke education plans. (It’s what we do in our role as a specialist teachers, even in mainstream schools). They need well trained staff who ‘get it’ and know many different ways to provide good communication, education, life skills and social interaction. Every child with autism is different. There are many who can cope with and survive our mainstream education system, on the surface. With a good support system and understanding of their condition, many can thrive and achieve in mainstream schools. (There really are those that do, but it is often at the expense of having to work much harder than anyone else and experiences of bullying, social exclusion and anxiety far beyond what most children go through. )

But those with the kind of autism that means they can’t even pretend to cope in a mainstream school – they need the specialist schools, staff and systems that work for their needs, not the league tables or government incentives. The National Curriculum means nothing to them. A safe, secure, predictable learning environment with staff who know how to teach them, with therapists, equipment and opportunities to learn in the community can be better found in a special school.

I’m a fan of inclusion. I believe in it with my whole heart. But not at the expense of failing children whose needs are profound and very different from the way we do things in mainstream schools. Mainstream schools as they are cannot meet the needs of all autistic children. Especially the ones like Ben with the Tommee Tippee cup. We need to recognise the amazing specialist work the teachers and staff in a specialist school do, we need to recognise that the curriculum for many children with these needs will work best if it is matched to their needs.

My only worry (and it’s a big one) is that by seeing special schools and children with these profound needs as separate, then we encourage social exclusion. My greatest desire is that all children grow up seeing disability as part of being human. That they don’t think it is clever to call people with learning disabilities names in the street and that they want to make a society that cares for those who need caring for all their lives within a fair and competent system. I hope that they fight for the society that makes it so. But if they never meet or interact with people with that kind of disability as children, they maybe they won’t even know they are there when they are adults.

Sensory Overload from an Adult Professional perspective.
Scroll to top